“It’s better to be a pirate than join the navy.”

I had the pleasure of an advanced screening of Steve Jobs (2015) recently, and it got me thinking.

Do the attitudes and decisions of CEOs and people associated with a brand matter if a brand has commercial success?
Has affluenza afflicted us with a selective moral blindness?

Yes – a kind of tunnel vision.

Look down at your iPhone, iPod, iPad or Apple product:

Name the (late) CEO – what was the name of the daughter that he denied paternity of (despite a positive test) ?

Without touching the Apple product, where is it designed? Where are the parts assembled?

Consumers rest comfortably in the middle of these questions; in acknowledging the commercial creator (knowing who Steve Jobs is/was) and not being totally aware of who actually makes Apple products.

The answers to the above questions are: Steve Jobs, Lisa, California and Taiwan (also China, Mongolia and Korea).

Gosh, Karl Marx would have a field day with Apple.

Steve Jobs’ attitudes and decisions influenced his creativity and commercial success; in the long term, this success influenced the buying habits of millions of people. Are we bothered by the fact that his existence wasn’t as simple and as aesthetically and morally pleasing as his creations? 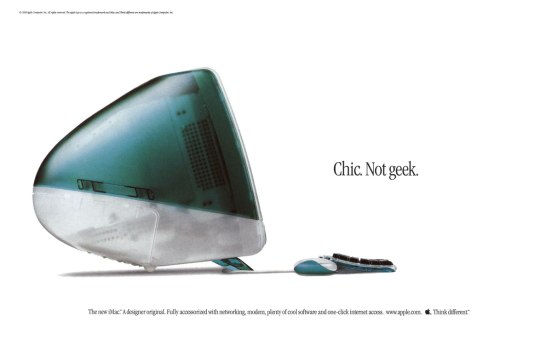 Karl Marx would probably ask us in 2016:

Are we bothered that we know the creator, but not the origin of the Apple products that had and continue to have such an impact on our popular culture?

Brand Ambassadors have become a feature of commercial culture; they are important, but so is their attitude. Social feeds and social platforms have become our ‘business cards’ (speaking as a Blogger) – attitude is important in our approach to social media and our interactions online and offline.
Brand Ambassadors don’t just have to reflect a brand, they now need to embody a brand.

Representation is a form of leadership – as in commerce, Politics and even on social media. To be a recognisable figure, you don’t have to be in public office – all some need is an Instagram feed!

Essena O’Niell – who is also proof that Brand Ambassador attitudes can change, and the impact those changes can have.

or, if you’re John Elferink, you can be stood down as an Ambassador due to his behaviour not aligning with a cause/brand.

Attitude is everything, whether it is online or offline, there is no hope of brand authenticity without this consistency.

Did Steve Jobs’ attitudes matter in the same way? Yes.
Do our attitudes towards Steve Jobs affect Apple? Potentially.
….but we will never know properly what impact they would have had if he were still alive when Steve Jobs (2015) and Jobs (2013) were released.

It is certainly evident in Steve Jobs (2015) that his attitudes were alienating for the people around him. Steve jobs was fired from Apple in 1984/85, and the commercial success of his projects (like Next) afterwards were flaccid. Attitude matters, just ask Steve Jobs – or maybe he’d say you were wrong? ha.

Better to be a (distinctive, successsful, focused, creative, morally imperfect) pirate, than join the Navy?

Some attitudes can make a rotten apple;
Sometimes the apple sells without people looking closely.

Branding is 3D – it isn’t just the skin of the apple; it’s the inside, the outside, the top and the bottom that makes the apple tempting..

Hope you enjoyed reading as much as I enjoyed writing!