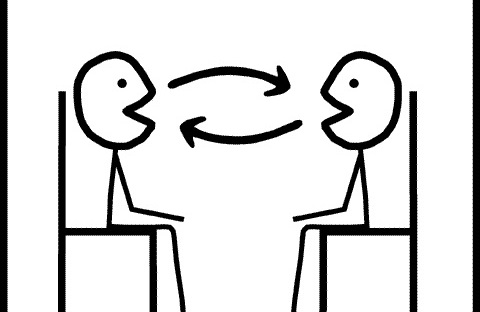 We’ve had two former Prime Ministers do newsworthy interviews in late September, within the same week.

I would have thought the media would have spread them (a week?) apart for maximum impact, but the media seem to love a good adversarial matching – Liberal vs Labour – at any opportunity.

On the one hand, Prime Ministerial interviews are incredibly interesting events. They inevitably precede or succeed memoirs of some sort of memoirs, and they can be more candid when they have retired from public life. You never know what they might say. When you become Prime Minister, you become an (sometimes unwilling) celebrity for the rest of your life – even outside of your years of public service. Politicians love to talk, so interviews are their most comfortable medium to promote themselves.

On the OTHER hand, of course is that they are self-serving PR tools. The interviews, (not the person. Some would digress…!). As far as promotion tools go, an interview can be very tightly controlled. Politicians can set terms for their interviews, and they can pick their journalist/TV station/interviewer, and set their questions – what they can and can’t be asked, or what they are/aren’t willing to discuss. In that sense, an interview can be less of a two-way medium.

(Interesting the difference in TV Station choices – Howard for Channel 7, and Gillard for ABC don’t you think?)

Watch FROST NIXON if you want a really strong and entertaining example of what I mean about political interviews. That and the story behind Nixon and the Richard Nixon interview tapes are all completely true, and fascinating.

Meanwhile, thankfully neither Gillard or Howard are Richard Nixon or any comparable equivalent. But both have had defining and/or controversial events within their respective tenures – both interesting and iconic enough for them to still want to talk about them – terrorist attacks, leadership spills, wars, famous speeches/tirades, specific legislation etc.

I personally, was a bit cynical of Julia’s interview – but that is mostly due to a ‘fatigue’ for stories and commentary about all the spill motions involving Kevin Rudd and Julia Gillard since 2010. However, in a twist of fate, I have been gifted Julia’s memoirs “My Story” for my Birthday this year. I would not have bought them for myself, nor “Lazarus Rising” for that matter. I haven’t had a great thirst to read about them in their own words; so I am chewing slowly through Julia’s book.

We’ll see how that goes – I’ll let you know what I think after I finish it this summer.

What will Tony Abbott say in his eventual post-Prime Ministerial interview, do you think?