3 Liberal, 1 Palmer United, 1 Green,  and 1 ALP candidates all walk into a Red Room.

** I am yet to find an updated bio for Senator Bullock.

and as of yesterday, with the ALP’s Louise Pratt conceding defeat: 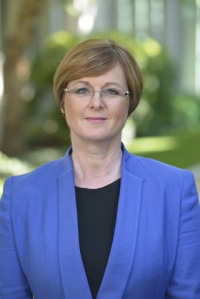 “What changed from the September results compared to now, PIK?”

1.  On paper, The ALP lost one seat to a Minor Party — Palmer United Party.

2. Two of the three Liberal Senators — Michaelia Cash and David Johnston were very quickly re-elected. WA is a notoriously ‘Blue Ribbon’ [Liberal] State. This is not a surprise.

4. WA has never had a Palmer United Party Senator before. For a [minor] Party in its infancy, for them to win a seat is quite significant!

1. There has been no significant swing away from the Government, the Liberal Party  — the Liberals retained all three of their seats.
So while there were no losses, there were no gains. Steady support, not ‘overwhelming’.
The last seat was going ‘down to the wire’ via redistribution of preferences, until Lousie Pratt conceded.

2. There was a swing to the left, but away from the ALP [left wing party], and this ripple created votes for minor parties like the Greens and P.U.P
Which means Western Australians still do not view the ALP as presenting a strong alternative to the Liberals.
The loss of a seat for the ALP could be interpreted as a distant ripple effect of the internal discord. Joe Bullock and Louise Pratt have made offensive comments about each other publicly.

OPINION: If Politicians can’t respect each other, or at least do their best to work under the same values — how are we, the voters expected to respect them?

3. Scott Ludlam made a more conscientious effort to engage Gen Y — the highlight being his “Ludapalooza” fundaiser at Capitol the week before the by-election.
State and Federal politics certainly contributed to the increase in his primary vote; issues such as the Shark Cull, proposed repeal of the Carbon Tax, the shut down of the Climate Change Council, the blocking of Marriage Equality and other Environmental concerns.

OPINION: His effort at grassroots campaigning [of swinging/first time voters] should be noted by the Major parties, direct engagement is polite, and it is evident that consistent support cannot simply be taken for granted any more, in our current political climate.

4. The ‘Protest Vote’ was certainly evident this time around, with P.U.P garnering the right quota to achieve a seat. Dio will one to watch, in his interactions with the media and with Clive as they cut their teeth in our Parliament this year. Whether a P.U.P candidate will become a long term [2 terms (12 years in total) or more] prospect for WA will remain to be seen. I will be watching their consistency and noting their policies.

1. The Senate is still hostile, favouring neither Major Party. 33 Liberals vs 25 ALP with 1 Greens, 3 PUP, 1 Motoring Enthusiast, 1 Independent, 1 Democratic Labour and 1 Liberal Democrat.
The Liberals will need 39 votes to pass anything through the Senate, which means ‘wooing’ any of the 8 ‘Crossbenchers’ to support them. Tony Abbott ridiculed Julia Gillard for having to make deals with minor parties to pass legislation; now he is in the same boat.

2. It will be interesting to see if this left wing swing in a right wing state get stronger next election. Or as Christine Milne describes it, the “change in the tides”.

3. How well will minor parties represent WA in the next 6 years?
The beauty [yes there is beauty] of politics is that it changes, and it will be interesting to see how well minor candidates will represent our fair State.

I met Senator Cash by chance at Floreat Forum yesterday, and I congratulated her on retaining her seat.
We had a lovely chat — she is genuinely very friendly! It’s nice to be important, but it’s important to be nice.

I hope you recognise our Senators’  faces in the news and out and about.

I remain, your ever informative, albeit slightly star-struck author!

Hope you enjoyed reading as much as I enjoyed writing,